With over 3 decades of service in the career college sector, George Hood has a passion for helping students achieve their career goals. Enhancing the lives of others and creatively overcoming business challenges are what George considers his greatest rewards. With a long career in both education and business, he has spent most of his professional life dedicated to improving outcomes for students and modernizing the post-secondary education system.

After owning a successful business for 15 years George made a career change and began lecturing at a career college, then from 1991 to 2000 served as Director of Trebas Institute. The following year as President of the International Academy of Design he conceived and started the Toronto Film School.

For the past 17 years, as President of Herzing College, George oversaw the development of the Paralegal, Graphic Design and Immigration Consultant programs, along with other creative initiatives, including the acquisition of a skilled trades college.

Michael McAllister has served on NACC’s Board since 2006 on and off as Chair and various positions. Michael taught at the University of Ottawa from 1993 to 1999 and received a Ph.D. in 1999.  He has also worked with Herzing College since 1999 and became the President of the Ottawa campus in 2003.  Michael was responsible for all operational aspects of both Herzing College in Ottawa and Collège Herzing in Montreal from 2012 to 2014.  Since that time, he has been focused on operations at both Herzing locations in Montréal.

He has served on a number of private and public company’s board of directors and currently serves on the Board of AME Learning Inc., and the New Brunswick Association of Private Colleges and Universities (NBAPCU) and is the New Brunswick representative on the NACC board. He is also an active member of the Young Presidents’ Organization (YPO).

Director of Salette College in Montreal since 1989, Ginette Gervais is particularly active in the vocational and technical training in Québec.  Member of the Advisory Commission of the Private Education of the Ministère de l’Éducation, du Loisir et du Sport du Québec from 2002 to 2009, member of the joint committee on Student Financial Aid since 1990 and has chaired the CCNS since 1992.  Ginette has represented Québec on NACC’s Board since 2010, serving as the Chair from 2014-2015.

Jeremy Nichols has worked in the private career college sector for seven years, and is currently the General Manager of Commercial Safety College, a leading training facility for the transportation and heavy equipment operation industries. A graduate of Saint Mary’s University in Halifax, NS (B.Comm), Jeremy has also held positions in the healthcare sector and with the Government of Nova Scotia. Jeremy is the board representative for the Private Colleges Association of Nova Scotia.

Grace Pyo is the Director of Greystone College of Business and Technology in Vancouver, BC. She has worked in International Education for the past 25 years and in the Career sector for the past 12 years. She has sat on the Executive Board, and is the chair of the International Committee, with the BC Career Colleges Association.

Grace holds the Chartered Manager Designation from the Canadian Institute of Management as well as certification in Volunteer Management, Travel training, and TESOL Teacher Training.

As Manager of Volunteers at the Richmond Hospital, she established best practices in recruiting youth into Science and Healthcare programs. Grace is also active in her community and is passionate about volunteerism. She was a founding member of her neighbourhood community garden, sat on the Parent Advisory Committee at her daughter’s school and is involved in other educational committees and councils in her community.

Prior to embarking on a new career in Private Vocational Education, James spent twenty-five years in the hospitality sector. Originally trained as a Chef, he has managed numerous restaurants, bars and nightclubs before leaving the sector in 1999.

In late 1999 James embarked on a new career in the world of healthcare, first as a Health Care Aide (PSW) before going into a management role as a Director of Support Services. In 2009 James was hired by the Academy of Learning Winnipeg South as a Health Care Aide Instructor before being promoted to Director. It was while working with AOLC that he decided that adult education was his new true career calling.

James is now a Community and Corporate Trainer for the Louis Riel Vocational College in Winnipeg. In this role James writes custom curriculum, delivers over 160 different one- and two-day workshop programs as well as other specialty and diploma programs. James travels extensively across Manitoba delivering to Metis, First Nations and Inuit participants and to the corporate community of Manitoba.

James is excited and enthusiastic about his new role with the Manitoba and National Association of Career Colleges and looks forward to working with his new colleagues on both the Provincial and National level.

Owner and President of Discovery Community College, a college with campus’s on Vancouver Island and in the Lower Mainland. Discovery specializes in work ready programs and boasts a 96% employment rate amongst our graduates in 2012. Our programs cover health, business,trades, web development, dental assistant level two, and we are just ready to launch our International Trade Management and Freight Forwarding program. Lois is actively committed and involved in the private education industry. She is a past president of the British Columbia Career Colleges Association (BCCCA), the past representative for British Columbia with the National Association of Career Colleges (NACC), and served as an elected member of the Private Career Training Institutions Agency of BC (PCTIA) for 6 years. Lois is the proud recipient of the Queen’s Diamond Jubilee Medal for her work in the private education sector.

Ed Stavnitzky is the co-founder and Administrator of Edge Academy, a Career College which has served students in the Region of Halton for over 20 years. Ed is a member of the Ontario College of Teachers and recently worked for over 12 years in the District School Board of Niagara as a Secondary School Principal. He has a Master’s Degree in Education in Organizational and Administrative Studies, and over 30 years of experience in both public and private education.

Ed has worked in four public school boards in Ontario. He spent the last seven years as the Principal of the Adult Education division of the DSBN. Ed worked part time for five years as both an online course developer and instructor for Queen’s University’s Faculty of Education and is currently a part time instructor with Brock University’s Faculty of Education.

Craig Tucker is a senior executive specializing in the area of corporate communications, market development and strategy. Craig is the former Managing Partner of Group M5 where he helped to guide the organization and its employees through tremendous growth and development for fifteen years. Craig currently owns numerous business ventures including Crossbeam Education which owns a portfolio of companies including the franchise system of Keyin College, Learning Labs, and IDI.

Craig brings over twenty-five years of business acumen from his past roles with Olivetti Systems and Network Canada where he received three consecutive Presidents’ Awards and as a former Board member with Newfoundland and Labrador Hydro (now Nalcor) where he was actively involved in the Lower Churchill file and Nalcor’s corporate restructuring. Craig also serves on numerous boards throughout Atlantic Canada.

Carmen is the Co-founder and Dean of Canadian College of Educators since 2001. Previously, she was a Professor at the University of Ottawa’s Graduate School of Translation and Interpretation, Terminologist & Translator for the Translation Bureau of Public Works and Government Services Canada, and taught high school and university English, French, and Spanish in Ontario and Quebec. She has over 25 years of experience in both the public and private secondary and post-secondary education system in Ontario. She has served on the CCO Board of Directors intermittently for 14 years, including being the current Vice Board Chair. 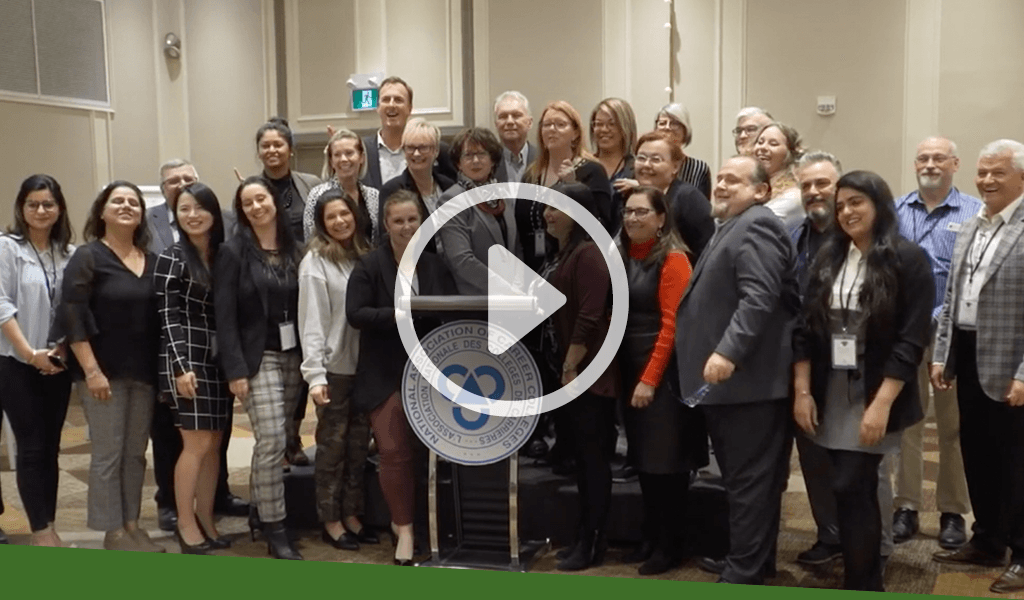